Despite rhetoric, border counties’ violent crime about average for US 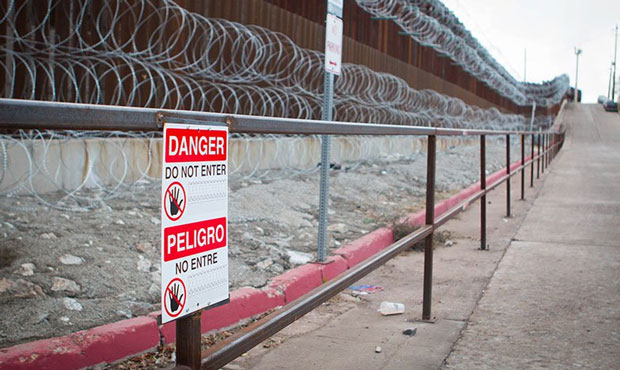 BY BY ANDREW HOWARD | CRONKITE NEWS

WASHINGTON – To President Donald Trump, the southern border has become a “very dangerous” place, with drug and other crimes driven by an “invasion” of immigrants and traffickers.

But state and federal data on violent crime show that the 23 border counties were about as dangerous in 2017 as Cleveland – Cleveland, Tennessee, a town of 44,000 nestled against the Smoky Mountains.

An analysis of four years of violent crime data for the border counties as a whole showed they were usually slightly above the national average, following no obvious trend.

The numbers varied widely along the border: California and Texas counties were consistently below the national average while New Mexico was typically three to four times higher than the U.S. The statistics are varied enough that people can draw their own conclusions – and they do.

To Santa Cruz County Sheriff Tony Estrada, Trump’s portrayal of a dangerous border “perpetrates a false narrative that border cities are a dangerous place” when, in fact, the border is “very friendly.”

“Here in Santa Cruz County, we are not dodging bullets,” Estrada said.

Pima County Sheriff Mark Napier acknowledges that crime is down in his county, but he said that measuring crimes in border counties is not a true reflection of the crime that is coming across the border.

“If you isolate it to simply the border counties, we’re really missing the picture,” Napier said, noting that most drugs smuggled across the border don’t stay in those communities but lead to crime elsewhere.

“The criminality associated with that drug trade may actually reside in Ohio or Indiana because it migrates north from the border,” Napier said.

That may be, but when it comes to actual crimes committed against people in border communities, Alex Piquero, a University of Texas at Dallas criminology professor, said it’s no worse than the rest of the country.

“If these border communities were so violent, and if El Paso (Texas) were so violent, you would see demonstratively larger differences when you compare the rates of the border towns compared to the U.S. national average and sustained over time,” said Piquero, who has studied border crime for 10 years. “And you see none of those.”

Cronkite News compiled crime data from state records for the 23 U.S. counties that border Mexico, looking at violent crimes, which the FBI defines as murder, rape, assault and robbery. The analysis compared the crimes per county to the county population, according to the Census Bureau, and then averaged for the states and the entire border region, before comparing those numbers to the national rate from the FBI.

2017 was the latest year for which county data was available from all four border states.

Arizona was also above the national rate each year, with Pima County posting the highest rates each year.

But those states were tempered by Texas and California. San Diego County recorded far more violent crimes than any other on the border, but with a population over 3.3 million it had a rate that was typically 40 or 50 points below the national average.

With counties that range from 3 million people to fewer than 900, anomalies can be expected, but Piquero said the crime rate per 100,000 is the most consistent. He said that when analyzing crime data for trends in counties or in cities, “you’re always looking for a long-term trend” rather than small fluctuations from year to year.

“And you don’t see that (trend) at the border,” Piquero said.

He challenged the president’s claim that immigrants are committing more crimes, saying “the evidence could not be clearer.”

“Without refute, the studies done in different cities with different samples and different time periods and different measures, all of these studies show the exact same thing,” Piquero said. “Immigrants do not commit more crime than native-born.”

In 2018, however, the numbers began to rise, to 396,579, and they spiked in fiscal 2019, with 361,087 migrants apprehended in the first six months of the fiscal year alone, according to Customs and Border Protection.

Against that backdrop, Trump last April ordered the deployment of National Guard troops to the border to act in support roles for border agents. He ordered active-duty troops to the border in October and in February, he declared a national emergency that he said would let his administration divert funds from the Defense Department and other agencies toward construction of a border wall.

Trump at one point threatened to close the border entirely to stop the flow of migrants.

“We’re talking about an invasion of our country with drugs, with human traffickers, with all types of criminals and gangs,” Trump said as he declared a national emergency.

Arizona sheriffs have generally welcomed the administration’s moves, including the deployment of troops who have strung miles of concertina wire along the border. But others, like Estrada, have pushed back against what they call the militarization of the border.

He said drugs are the biggest problem at the border, but that trafficking would go down significantly if ports of entry were properly staffed and the right technology was supplied. Estrada said that people coming across the border are not armed with weapons, and merely want to “work and contribute” to America.

Condor Airlines brings passion to each flight and connects people to their dream destinations throughout the world.
Close
Despite rhetoric, border counties’ violent crime about average for US