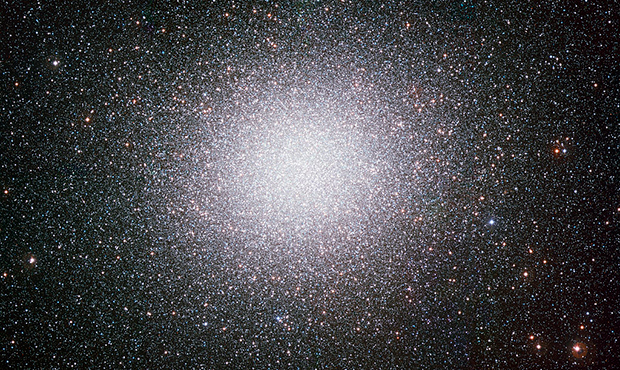 It is a known fact that there are well over 100 billion stars in our own Milky Way galaxy and that number might even be near one trillion!

We live in an amazing spiral galaxy which turns on its own axis once every 250 million years!

Say hello to our location this big swarm of stars, as we are located some 27,000 light years from the core and some 100 light years above the galactic equator.

Simply, we live in a very crowded galaxy with many stars, along with lots of gas and dust, in the Orion Arm of the Milky Way.

Above and below the plane of the galaxy are a vast number of star formations known as globular clusters. These are compact groups of stars, which many containing well over a million stars each and contain very old stars.

It is estimated that there are some 150 known globular clusters orbiting like electrons around an atom’s nucleus.

Many of these globular clusters are easy to view in binoculars or telescopes from our amazing Arizona skies!

As we move deeper into the spring season and into early May, with no bright moon light to interfere, we proudly introduce to you one of the most amazing globular clusters in the night sky: Omega Centauri.

The constellation of Centaurus is low in the south, at 10 p.m. during our early May skies. Located within that constellation and low to the horizon, we get to view this amazing cluster of stars, some 16,000 light years distant.

Here is a finder chart to help locate Omega Centauri.

Omega Centauri is also known as NGC 5139 in the catalog of celestial objects.

The cluster was discovered by Edmond Halley in the year 1677 and is a rather large object in the sky. The extent of Omega Centauri is actually larger than the full moon in apparent diameter.

It also has the title of being the largest globular cluster in the Milky Way galaxy, with a diameter of some 150 light years across.

Omega Centuari has been listed on stars charts for a very long time. It was even noticed with the naked eye, as far back as 150 a.d.; when astronomer Ptolemy first noted it in his basic star chart of the heavens!

Good luck in viewing this amazing massive star cluster, best seen in a pair or binoculars or a small telescope.

Annuities aren’t really a secret, but they are so misunderstood that they might as well be. Once you understand what an annuity is and how it can benefit you, you could decide this “secret” is the perfect supplement to your retirement plan.
Close
Arizona stargazers should look for bright globular cluster, Omega Centauri