A year after its supposed demise, DACA renewals struggle along 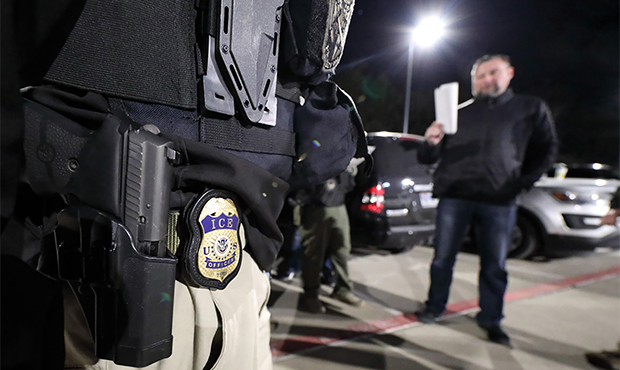 WASHINGTON – A year after the Trump administration announced plans to phase out Deferred Action for Childhood Arrivals, the program had received more than 230,000 DACA renewal applications with more coming in every day.

While no first-time applications are being accepted, courts that blocked the administration’s plan earlier this year also ordered U.S. Citizenship and Immigration Services to accept and process renewal applications while legal challenges are pending.

CIS has done so, and the number of DACA recipients in the country stood at 700,000 in August, with expiration dates ranging from late 2018 to late 2020. But advocates are urging those recipients to be vigilant about applying for renewal when the time comes.

“We know that the Trump administration is taking every chance it can to try and challenge DACA,” said Nicole Svajlenka, senior policy analyst on immigration for the Center for American Progress.

“All advocacy organizations are encouraging DACA recipients to apply for renewal because having that DACA is better than not,” she said. “We can’t see into a crystal ball as to what’s going to happen in the future.”

DACA, started in 2012 by the Obama administration, defers deportation for certain young immigrants who were brought to this country illegally as children and who meet specific criteria, such as being in school or working and having a clean record. If they pay the fees for the program and are approved, they are protected from deportation for up to two years and can apply for work permits and drivers licenses, among other benefits.

Critics called the plan an executive overreach that circumvented Congress and then-Attorney General Jeff Sessions said in September 2017 that the program would be phased out by March. That “wind down” was supposed to give Congress time to come up with an alternative plan, but lawmakers deadlocked.

But court challenges mounted, and a federal judge in California in January ordered the Trump administration to revive the program by accepting renewal applications from individuals who already had DACA protection.

That situation has remained, even as the Justice Department has twice asked the Supreme Court to intervene – so far unsuccessfully – and other federal courts have ruled against the administration.

Svajlenka said that from February to July, about 25,000 DACA recipients applied for renewal each month. While the number of pending applications remained “somewhat large,” the percentage of cases adjudicated by CIS was “steadily creeping up,” she said.

“While we do see that there’s a lot of DACA renewal applications pending, we do see the number of pending applications going down, and the rate of adjudication is actually going up,” she said.

She called it “a good sign,” pointing to recent CIS data showing that 82 percent of all renewals had been reviewed and more than 99 percent of those had been approved.

But that doesn’t mean the process is smooth, experts say.

Wait times to process an application vary between service centers – from as little as five to seven months at the Nebraska service center to as long as 24 to 31.5 months for applications submitted to the Vermont service center, according to CIS’ website.

In other words, someone could apply for renewal the same day they were approved for DACA and have their two-year protection expire while waiting for the renewal application to be processed.

Mo Goldman, an immigration lawyer from Tucson, said renewals require less paperwork than an initial application, which means they should not take that long.

“There’s not a lot of rhyme or reason to this,” Goldman said recently. “To me, it makes no sense why it should be any more than six months or less to process a DACA renewal.”

But he has his suspicions.

“It’s perplexing to me, and there’s no secret that this administration does not agree with DACA, that they’ve been trying to get rid of it,” Goldman said. “And so I would suspect that one of the ways to try and reduce individuals’ ability to have DACA is by slowing down the processing times.”

CIS officials did not respond to requests for comment on the renewal process.

Goldman said processing times for other immigration benefits, such as receiving green cards, applying for citizenship, or getting work authorization, have also “ballooned” in the last two years.

“Maybe there was an influx of more applications at one point that has caused a larger backlog, but it just is seemingly slow across the board right now,” Goldman said.

He said that losing DACA coverage can have real consequences: Besides facing the threat of deportation, people whose coverage expires could lose their employment authorization and ability to renew their driver’s license.

Goldman said he thinks the issue will ultimately have to be decided by the Supreme Court “and the way the court is currently comprised, it’s not that promising that DACA would be allowed to continue, but it’s hard to say.”

“I’m telling people to file it as early as they can, because who knows how long it’s going to take and who knows what the future brings, so getting a renewal in earlier is better,” Goldman said.

Svajlenka said she sees “a real sense of urgency in making sure that DACA recipients apply for renewal.”

“We want to see more DACA recipients with expirations farther out into the future,” she said, while looking at a table of expiration dates for current recipients through 2020. “In this data, we want to see that they’re applying to have their protections extended.” After more than two years of battle with an invisible killer, we can now vaccinate the youngest among us against COVID-19. This is great news.
Close
A year after its supposed demise, DACA renewals struggle along