Official: McSally-Sinema Senate winner might not be decided for days 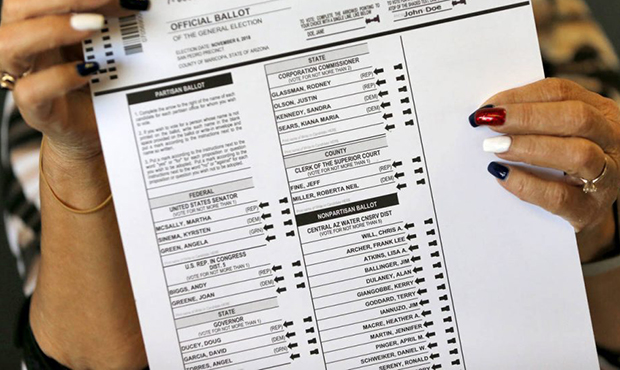 PHOENIX — It may be a while before Arizona voters know who won the tight U.S. Senate race between Republican Martha McSally and Democrat Kyrsten Sinema and it’s likely to come down to the early ballots, which were still being counted.

“We’re expecting approximately 500,000 to 600,000 (early ballots to be counted), most of them being in Maricopa County,” Garrett Archer, senior analyst with the Arizona Secretary of State’s office, told KTAR News 92.3 FM. It could take the rest of the week or longer.

“It’s not unheard of for a general election … to take seven to 10 days to get through all the early ballots and provisionals,” he said.

“We should start seeing results (by Thursday).”

“If specific race continue to get closer and closer the provisionals could make a big difference,” Archer said.

At around 3:45 p.m. Wednesday, Maricopa County Recorder Adrian Fontes announced that his department had around 472,000 ballots left to process.

Overall, the office anticipated 2.1 million to 2.3 million ballots in the state will have been cast for the 2018 midterms.

“We’ve already counted 1.6 million votes on Election Day and that’s the bulk of early ballots throughout the entire state as well as Election Day voters across all the counties,” Archer said.

No matter who wins, Arizona will see the first female U.S. senator in state history. If Sinema is declared the winner, Arizona would have its first Democratic senator since the mid-1990s.