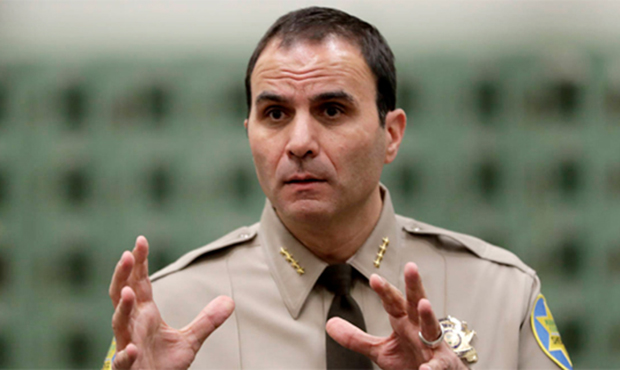 PHOENIX — Sheriff Paul Penzone revealed Wednesday that the rifle used by the suspect killed during a shootout on Interstate 17 this week had been stolen from the Maricopa County Sheriff’s Office.

Penzone said a second firearm taken from the MCSO was found in the suspect’s vehicle, too.

Before Penzone took office in 2017, an audit revealed that 29 firearms — handguns and rifles used by deputies during the tenure of former Sheriff Joe Arpaio — were missing from the department.

Penzone told KTAR News 92.3 FM that the audit was conducted after an employee responsible for firearms expressed concern in 2015 that the system couldn’t adequately track weapons.

“The window of focus for this audit was 2010 through 2015. It was that time frame where these weapons were property of the Maricopa County Sheriff’s Office and no longer accounted for,” he said.

In a statement to ABC15, Arpaio said: “Vaguely remember there were some weapons unaccounted for. I’m sure my staff looked into it and took whatever action necessary.”

The audit began in 2016, and the findings were turned over to the Bureau of Alcohol, Tobacco, Firearms and Explosives a year later.

Penzone said 26 or 27 of the missing firearms remained unaccounted for.

“Because of the practices of the past, where there was little or no oversight or accountability for firearms, some of these weapons could have been missing for lengthy periods of time without anyone being aware,” he said.

Guns were often assigned to districts or kept in vaults accessible to employees, not assigned to individuals, Penzone said.

Penzone said changes have been made in the way weapons are inventoried in order to ensure accountability, and a new database was purchased to keep track of all of the department’s equipment.

“We now assign the weapons to individuals so they are responsible for them,” he said, “and our counting system as it relates to purchasing firearms, logging them, putting them into the system and assigning them has all been upgraded.”

Penzone said that since the changes were made, the only firearms that have gone missing were stolen from employees’ vehicles.

“In those cases there were criminal reports immediately once we were made aware of it, and the discipline was delivered to those employees for their failure to secure their weapons,” he said.

Early Monday evening, Mesa Police officers and Arizona Department of Public Safety troopers got into a shootout with Arnaldo Caraveo, 27, on Interstate 17.

A stretch of the freeway was shut down until the next day while the scene was investigated.

Mesa Police initially responded at around 4 p.m. to a call about a fight on First Avenue near Main Street and Mesa Drive, where the suspect reportedly displayed a handgun, the Phoenix Police Department said.

When Mesa officers arrived, the suspect fled in a white Nissan pickup truck. They pursued him onto the freeway and into Phoenix along with DPS assistance.

After a DPS trooper used his patrol vehicle to disable the truck, the suspect fired a rifle at officers.

Three troopers suffered injuries that were not life-threatening; two were taken to a nearby hospital and later released.

“It’s extremely disappointing when I see what occurred on Monday knowing that our peers were in harm’s way because of weapons that originated from this office,” Penzone said.

He added, “It’s unacceptable and unforgiveable, and as the sheriff now I have to make sure that under my watch nothing occurs like what occurred in the past.”

If you haven’t received a COVID-19 vaccine yet, now’s the time to join many other of your fellow Arizonans who are doing so right now. No one will criticize you; there is no shame. In fact, you’ll be welcomed with smiles and open arms!
Close
Sheriff Penzone says gun used in I-17 shooting was stolen from MCSO