Top ways to honor our heroes on Veterans Day 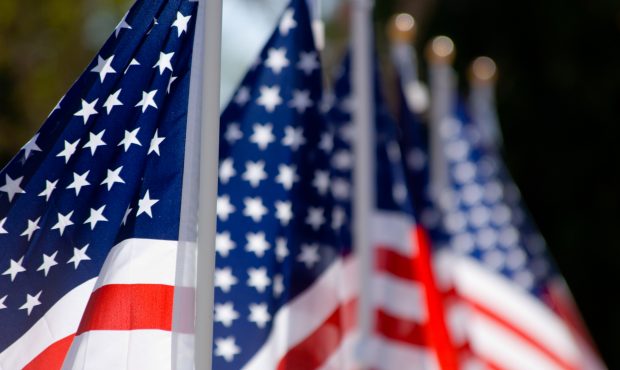 Celebrated annually on Nov. 11, Veterans Day is a U.S. holiday set aside to honor military veterans. Similar holidays celebrated on the same day in other countries are known as Remembrance Day or Armistice Day marking the World War I anniversary when, at the 11th hour of the 11th day of the 11th month in 1918, hostilities with Germany officially ended. In the United States, the holiday was renamed from Armistice Day to Veterans Day in 1954 to recognize veterans of all wars.

If you’ve never observed Veterans Day before or you’re looking for new traditions to start, check out this list of ideas for what you can do to pay tribute to our country’s heroes, past and present.

In 2016, the U.S. Congress passed the Veterans Day Moment of Silence Act that calls on “the people of the United States to observe two minutes of silence on Veterans Day, beginning at 3:11 p.m. Atlantic standard time, in honor of the service and sacrifice of veterans throughout the history of the nation.” Two minutes isn’t much time out of your day to devote to considering the heroes of the past.

Taking a flag, flowers or a thank you note to a cemetery near you to decorate the grave of a veteran or fallen soldier is another way to show gratitude to those who have protected our country’s liberty.

The National Memorial Cemetery of Arizona is located in Phoenix and includes 18 monuments and memorials as well as a memorial walkway. Two of its most unique memorials include a World War II Submarine Torpedo monument and an Eternal Flame Monument.

Are there military families in the community near you? You can recognize the sacrifice of the servicemen and servicewomen and their families by doing an act of service for them. Offer to rake their leaves, take them treats, decorate and deliver a thank you card or do something else that shows your gratitude. You can also sign up to volunteer with an organization that helps veterans and their families.

The red poppy has symbolized veterans since World War I when a poem written by poet and physician John McCrae described a soldier cemetery with the words, “In Flanders fields the poppies blow between the crosses, row on row.” The red poppies were the first plants to grow around the graves of the fallen.

Today, wearing a red poppy shows remembrance of servicemen and servicewomen past and present who gave the ultimate sacrifice.

This year marks the 22nd year of the Phoenix Veterans Day parade. It features 2,500 participants with floats, marching bands and eight veteran grand marshals who represent each era of military service stretching from World War II to today. This year’s theme is “Out of the Trenches – A century of remembrance” marking 100 years since the conclusion of World War I.

Each year, the parade honors the contributions of United States veterans in partnership with Honoring Arizona’s veterans, a nonprofit company which raises funds to support the parade. Sanderson Ford is a proud sponsor of this year’s event. Close
Top ways to honor our heroes on Veterans Day