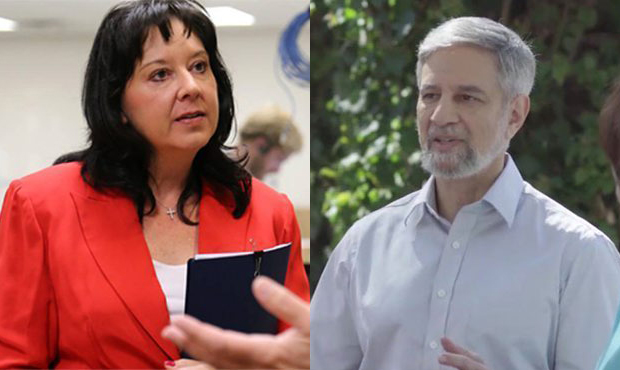 PHOENIX — Previously undecided voters appear to be lining up behind challenger Steve Gaynor in Arizona’s Republican primary race for secretary of state.

According to new polling information released Tuesday by Data Orbital, Gaynor has surged ahead of incumbent Michele Reagan by a margin of 44 percent to 22 percent.

That was huge change from polling done July 10-12, which showed the candidates deadlocked at 26 percent, with 45 percent undecided.

In the new poll, which was conducted July 24-26, 34 percent of the likely Republican voters surveyed remained undecided. The margin of error was plus or minus 4.38 percent. Gaynor’s biggest gain came among male voters over the age of 55. In the previous poll, 21 percent of that demographic was in favor of the Phoenix businessman, who is making his first run at a public office. In the new poll, it was up to 57 percent.

Reagan is in her first term as secretary of state, having been elected in 2014. Previously, she’d been a state legislator.

The winner of the Aug. 28 Republican primary will face state Sen. Katie Hobbs in the November general election. Hobbs, the Senate minority leader, is the lone Democrat running.

Arizona’s secretary of state serves as the chief election officer and is first in the line of succession should the governor be unable to continue in office.