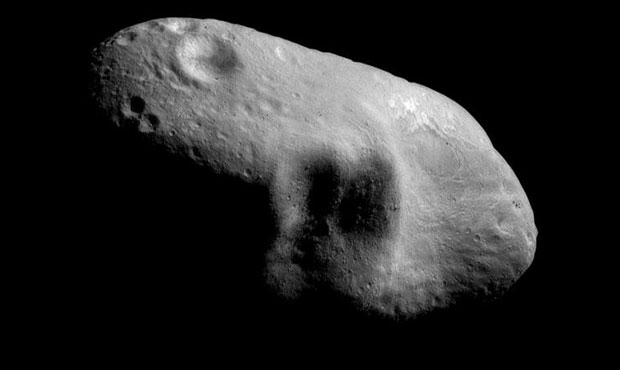 With all the recent close calls with asteroids passing the Earth, it comes as no surprise that many of these fast-moving objects could be a source of precious metals.

There are many types of asteroids roaming the solar system and many of these are made up of rocks and ice, while a good number of the remaining asteroids, are loaded with metals.

Some of these metals are rare and could bring a very high price, if mined and returned to Earth.

To be specific, there are some 12,000 asteroids of the type which could be mined for gold and platinum, as well as possible large diamonds, within some 28 million miles of the earth.

Now that is exciting many new space research firms that now have plans to send robotic craft to asteroids like this and determine the best ways to extract these metals.

A metallic asteroid, some 3,000 feet in diameter, may contain at least $5.4 trillion worth of platinum.

The problem would be how to extract and transport the final product back to Earth.

Someone stands to become the first trillionaire!

Asteroid mining is now moving from the realm of science fiction to science and business reality.

NASA is fast-tracking a plan to explore asteroid 16 Psyche, which may contain the astronomical worth of $10,000 quadrillion of material worth.

The mission, first slated to be sent to the asteroid in 2023, but may be delayed till 2026, will identify the true composition of the asteroid and possibly return some samples to
Earth for further analysis.

A mission to Psyche would help scientists to explore a core of a possible former planet, as if we were to drill a core into the Earth 1,800 miles deep.

Geologists like this too, as the deepest mankind has been able to drill into the earth has been some 7.5 miles.

Financial firms such as Goldman Sachs are excited about the future of asteroid mining and they, too, believe that we may someday see the first trillionaire on the planet Earth.