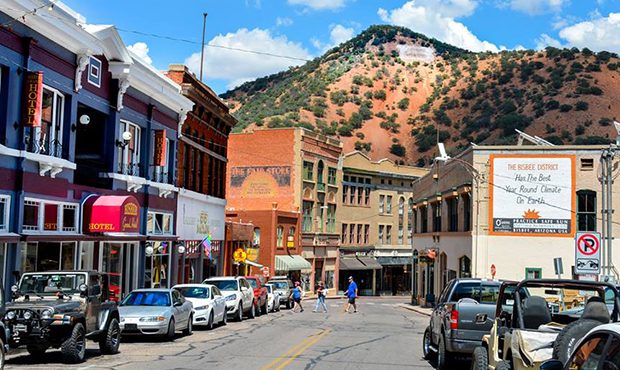 PHOENIX — The small town of Bisbee, Ariz. may not be on your radar of places to visit, but after a recent ranking of the most underrated cities in America, maybe it should.

Thrillist.com went through each state, picking out that one special place that no one seems to appreciate enough.

While the Grand Canyon and Sedona are famous scenic spots in Arizona, Bisbee flies under the radar, with its rich mining history, art culture and numerous houses on stilts.

Explore Old Bisbee for a history lesson and museum tour as you travel on foot up Main Street to Tombstone Canyon. Next, browse the countless art galleries, studios and bungalow-style houses that pepper the Warren District. Stop at Mimosa Market, a 100-year-old neighborhood grocer that has mastered the craft of sandwich making. Spend the night at the Calumet and Arizona Guest House or opt for an eccentric sleeping habitat, perhaps a retro Airstream or vintage bus at The Shady Dell.

In June, the town boasts one of the more notable small-town Pride parades in America.

It also has the Bisbee 1000: The Great Stair Climb, a 4.5-mile run that features nine staircases — that add up to be more than 1,000 total steps — and winds through parts of Old Bisbee. The 28th running of the race is set for later this year in October.

In other parts of the country, cities like California’s capitol, Sacramento, and Augusta, Ga. also made the list.

Instead of waiting for a problem to happen, experts suggest getting a head start on your plumbing maintenance.
Close
Thrillist: Bisbee most underrated city in Arizona