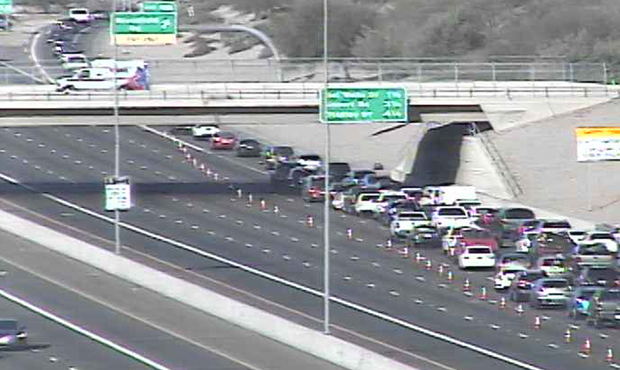 PHOENIX — A crash closed the westbound lanes of U.S. 60 on the Mesa-Gilbert border during Thursday morning’s commute, but the freeway was reopened about an hour later.

The Arizona Department of Transportation said the roadway was reopened just before 10 a.m. at Greenfield Road, but the backup was expected to take a while to clear.

At one point, cars clogged every lane stretching back more than two miles.

Drivers had been encouraged to use either Loop 202 to avoid the crash.

Details about the crash were not immediately given. Freeway traffic cameras showed multiple emergency vehicles were on the scene.

After more than two years of battle with an invisible killer, we can now vaccinate the youngest among us against COVID-19. This is great news.
Close
Westbound US 60 reopened after crash forced morning commute closure