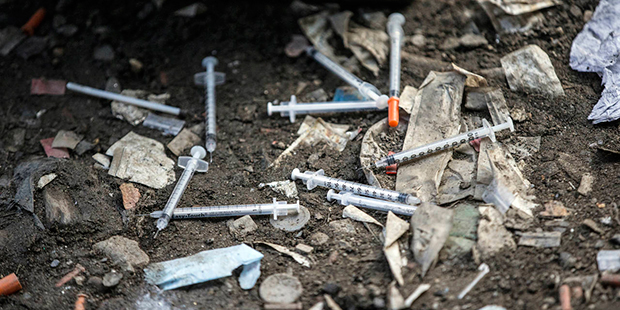 Governor’s Office of Youth, Faith and Family spokeswoman Debbie Moak said her office is working with schools throughout Arizona to tell kids drugs are not the way to go.

“Middle schools, high schools – even working very closely with our three state universities on some initiatives, as well as expanding this year onto community college campuses,” she said.

Moak said parents can help battle the state’s opioid problem — Arizona currently ranks 15th in the nation for overdose deaths — by broaching the subject with children as soon as possible.

“The average age of first use of a substance – according to Arizona Youth Survey – is 12 years and nine months,” she said.

Education and knowledge can help parents, too.

Kim Humphrey, a retired Phoenix police commander, has sons who battled heroin addiction for years. Both are clean now, he said, but for years he and his wife were terrified their sons would not survive.

They found Parents of Addicted Loved Ones, a support group for parents of addicts. They learned, among other things, about setting boundaries, stopping enabling behaviors and addict behaviors.

“It’s really important to get educated as soon as you can about addiction and recovery,” Humphrey said. “Learn healthy ways to take care of yourself and your loved one.

“When you understand (addiction is a disease), you start to understand that something has a hold of them. This is not my sons; they are not acting like this because of some character issue. There’s something going on here that’s really got a hold of them.”

Both Humphrey and Moak spoke on a panel Tuesday that encouraged people to stop overprescribing pain medications and increase participation in a state program allowing addicts to ask for treatment instead of incarceration.

After more than two years of battle with an invisible killer, we can now vaccinate the youngest among us against COVID-19. This is great news.
Close
Arizona officials encouraging education to battle opioid epidemic