PHOENIX — A Phoenix immigration attorney is leading an international campaign for Mexico to boycott the importation of corn from the U.S.

Daniel Rodriguez, a Phoenix-based immigration attorney and organizer of the boycott #NoMaizGringo, said it is an attempt to push back against President Donald Trump’s executive orders on immigration and his anticipated actions on the matter. 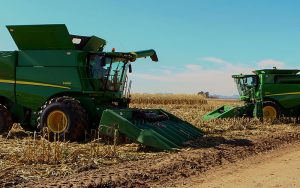 “Trump needs to understand that his ‘America first’ ideology is going to leave a lot of Americans behind,” he said.

The campaign was inspired by the Delano, Calif., grape boycott led by Cesar Chavez in the late 1960s, he said. Rodriguez said he and other organizers were also motivated by the effectiveness of the boycott against Arizona’s controversial SB1070 immigration enforcement law.

“Arizona has really led the fight against hate in anti-immigration legislation,” Rodriguez said. “We’re used to fighting these policies.”

He said Trump is trying to “nationalize SB1070 — and then some.”

The campaign’s organizers are traveling to Iowa, Nebraska, and Indiana in the coming weeks, to try to garner support for the campaign in the Midwest, where much of the nation’s corn is produced.

Sen. Chuck Grassley, R-Iowa, released a statement last month expressing concern over a potential boycott. He said U.S. agriculture is “often the first target when countries retaliate against the United States on trade.”

The U.S. produces 34 percent of the world’s corn, according to the National Corn Growers Association. Maintaining this relationship with Mexico is more important than the boycott for some.

Gary Mortimer, of Mortimer Farms in Dewey, Ariz., said he’s against the boycott because it would have a detrimental effect on his prices.

“We don’t export to Mexico, but it’ll definitely affect the price of corn here,” he said. “We need to keep those markets open.”

He said he wants the U.S. to maintain its title as the world’s largest agricultural exporter, and keeping one of its main customers is key to doing so.

Wesley Spurlock, president of the National Corn Growers Association in Chesterfield, Mo., said the organization will protect the gains it has made under previous trade agreements, including NAFTA.

“We need to make sure the new administration understands the value of exports to American agriculture,” Spurlock said in a statement. “We have built our agriculture on the ability to feed our nation and also to move it out to the rest of the world.” 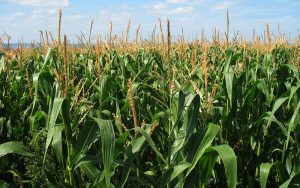 A Phoenix attorney started a campaign for Mexico to boycott the importation of U.S. corn, but corn growers say the boycott would be detrimental to American agriculture. (Photo courtesy of Petr Kratochvil via Creative Commons)

The NCGA was among more than 130 food and agriculture organizations that signed a letter to President Trump in January urging him to preserve and build upon NAFTA.

Rios Piter’s bill calls for Mexico to import corn from South America instead. The bill says in Spanish that “NAFTA showed the fragility of Mexican agriculture and the enormous gap in agricultural productivity that exists with respect to Canada and the United States.”

During a press conference that was streamed on Facebook, Rios Piter said Mexico must make decisions that will expand and diversify its trading. He said the country shouldn’t continue to import from the Midwest states specifically because those states have supported Trump’s “anti-Mexican speech.”

Rodriguez said there are plans to take the petition to the Mexican Senate in a month. He said there is a groundswell of Mexican support for the campaign because Mexico wasn’t dependent on U.S. corn before NAFTA went into effect in 1994.

He said Mexico did not get the jobs it was promised when it agreed to import corn from the U.S., and that the loss of jobs “created a situation that forced Mexicans to come here illegally.”

Rodriguez said this boycott is “one of the most politically and economic effective campaigns.”

“If anybody’s going to be impacted negatively by the boycott — they need to take that to President Trump,” Rodriguez said. “Not a lot of support is going to come from those who will be negatively impacted, but we have to take this issue to this administration.”

Jace Hyduchak was like most other kids in his kindergarten class: He loved to play basketball, dress up like his favorite superheroes and jump as high as his pint-sized body would take him on his backyard trampoline.
Close
Phoenix immigration attorney leads campaign for Mexico to boycott U.S. corn