“She struggles every day.”

Phoenix Police Sgt. Jamie Rothschild said Brown was in Scottsdale near 124th Street and Shea Boulevard when a car slammed into her as she was walking across the street.

“She had just come from shopping for a ring with her fiance,” Rothschild said. “The driver didn’t slow down — just took off from the scene.”

The vehicle is described as a black, four-door sedan that would have had damage to the front hood and windshield.

Bennett said Brown was in the ICU for weeks in a coma.

Brown had to postpone her wedding. She couldn’t drive for a year. She had to give up her job that she loved as an eighth grade science teacher at Cocopah Middle School for a year as well.

Her life is filled with doctor’s appointments and physical therapy and planning her wedding, now that she can. It’s the first dance that has her worried.

“Because she can’t really dance so she’s trying to figure-out how to do that,” Bennett said.

Described as a kind and helpful person, Brown was always active and loved horseback riding. All of that has been stripped away by the hit-and-run driver. 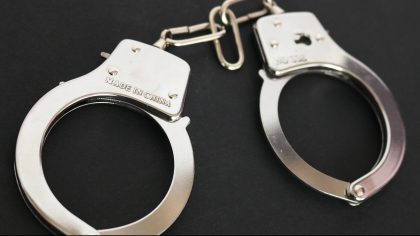 Reward in unsolved fatal shooting in Mesa increased to $4,000

The reward for information leading to an arrest in a fatal shooting in Mesa over the summer was increased to $4,000, authorities said Tuesday. Police in the Valley are searching for two men, one of whom robbed a smoke shop at gunpoint and another who fought a Home Depot employee in 2017.

The holiday season may be the most wonderful time of the year, but it’s also the most dangerous time of the year to be driving. That’s why it’s important to remember to call Sweet James Accident Attorneys if you’re injured or arrested because of a DUI accident.
Close
Police searching for leads in Scottsdale hit-and-run driver case