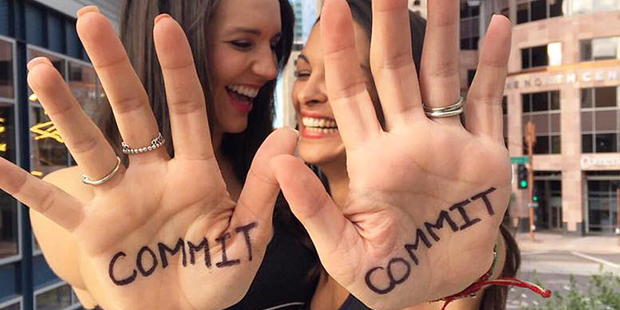 PHOENIX — A Phoenix organization working to raise suicide awareness and start a conversation surrounding the stigma associated with mental health is going viral in the process.

The Commit Campaign is gaining online fame with its social media-led, photo-based campaign aimed at breaking the stigma associated with mental health, mental illness and suicide.

Led by two Valley locals and survivors of suicide loss, Kelsey Oney and Christina Tetreault, the Commit Campaign platform has created a community where people can speak without judgment about loss, suicide prevention, mental illness and survival.

The pledges and stories are then shared across the Commit Campaign’s social media streams — including Instagram and Facebook — using the hashtag #CommitCampaign.

Each post shows a photo of the contributor with the word “commit” on their hand and the pledge or personal story is outlined in the description.