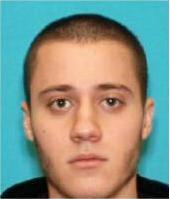 The man who is suspected of opening fire Friday morning at Los Angeles International Airport has reportedly been identified.

NBC News’ Pete Williams said the shooter was 23-year-old Paul Anthony Ciancia. It is believed he had strong anti-government views.

A TSA employee was killed and several people were wounded when Ciancia opened fire at Los Angeles International Airport.

NBC Los Angeles said Terminal 3 was evacuated. There have been conflicting reports whether or not Ciancia, armed with a semi-automatic rifle, had been killed. Authorities believed the man acted alone.

Six people were transported to UCLA Medical Center, where one male gunshot victim is in critical condition. A Los Angeles Fire Department official said there was seven total people injured. One was treated at the scene. Four had gunshot injuries and two had other injuries.

According to NBC Los Angeles and the Los Angeles Times, shots were first reported around 9:30 a.m. A Los Angeles Fire Department spokesman said emergency crews responded to a multipatient incident at the terminal.

An airport police spokesman said the man had pulled a rifle out of a bag he was carrying.

The man, told him, “I got shot, I’m fine.” He told passengers not to worry about him and that he had been shot before, [eyewitness Brian] Adamick said.

Another witness, who identified himself as Nick, told a television station he heard “maybe eight to 10 shots” from his spot in line on the upper mezzanine level at Virgin America at Terminal 3 near a security checkpoint. “It sounded like a big-caliber gun,” he said. Early reports said the incident happened at Terminal 3.

Nick ran out the terminal through an emergency exit and was stopped on the tarmac and cuffed by police. He was later released.

Ground entry and exit to the airport has been shut down.

Prelim reports: Man with rifle made it past security at #LAX Terminal 3 http://t.co/exk3bk4Tmv

Bill Reiter, a Fox Sports reporter, was in the terminal when shots rang out and immediately took to Twitter to relay his experience.

When gunfire broke out there was a stampede people, all of us hiding under seats we didn't fit under, we burst through the door to outside.

There are alarms sounding and a police helicopter overhead. People all over the tarmac, getting too close to the planes, being ushered back

First came the gunfire. Then people including me hiding our seats. It felt very Columbine. A new kind of fear, at least for me

Another witness said he was in the lounge area of Terminal 3 when he heard gunshots. The lounge was locked down shortly after the shooting and he was evacuated after.

Being told to step around bullet casings or blood. As lots of evidence in the terminal. #LAX

Now being evacuated by police escort. Moving through baggage claim. Police are clearing rooms as we move. #LAX

A spokeswoman for Phoenix Sky Harbor said five flights from the airport to LAX were delayed. One of the most exciting elements of the MLB offseason is the Arizona Fall League, which began its 30th season Monday.
Close
Report: Los Angeles shooting suspect identified