A Peoria, Arizona, man is healthy today, thanks to a complete stranger who gave him a kidney.

Jim Ensslin, 56, had been battling kidney disease for 17 years, and had about 10 percent kidney function. He was close to going on to dialysis, when he received a lifesaving gift.

Kate Burris, 27, of Scottsdale, Arizona, wanted to donate her kidney to someone she had never met. It’s called an altruistic kidney donation, and she said because the risks were minimal, it was worth it to help someone else.

“I just thought, I don’t need this kidney. Somebody else does,” Burris said. 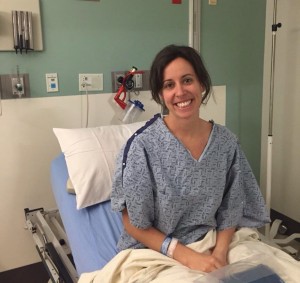 So Burris, who works as a nurse, had one of her kidneys removed back on March 22nd at St. Joseph’s Hospital and Medical Center in Phoenix.

Ensslin had been on the transplant list for two months before receiving the kidney, and a new lease on life.

“It’s allowed me to keep my career [and] keep my life going,” Ensslin said.

Both Burris and Ensslin have returned to work. The two of them met for the first time four days after surgery, and Burris called the moment “surreal.”

“It was awesome to see how grateful he was and how much this really impacted his whole family and everyone he knew,” Burris said. “I didn’t quite realize how many people I was affecting by doing this.”