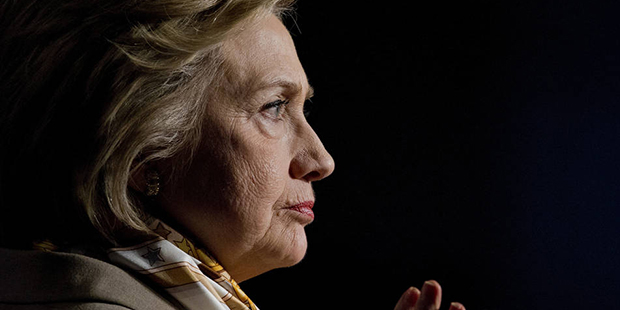 Arizona is just the latest state where allegations of voting irregularities have been claimed.

Beginning in Iowa and climaxing with the holy mess that occurred in Arizona, the Democratic presidential primaries have been a Wagnerian Ring Cycle of electoral “shenanigans,” cynical rule-bending and outright voter suppression.

Below are some possible instances of voter fraud, courtesy of Hillary Clinton’s campaign:

Allegations of voter irregularities in favor of Clinton began with the nation’s first vote, Feb. 1, in Iowa.

Clinton had to win Iowa. A loss in Iowa would have been devastating to her campaign and would have likely resulted in a momentum shift in media coverage and voter enthusiasm in favor of Bernie Sanders.

Clinton was declared the winner by the slimmest of margins (only four votes statewide), even though multiple reports of election rigging were claimed. It’s been reported six different precincts in Iowa held coin flips to break a tie between Clinton and Sanders voters, with Clinton winning all 6.  However, the video below clearly shows Sanders winning at least one of those coin flips that was credited to Clinton.

In Polk County Iowa, multiple recounts were conducted as the headcount changed from round to round.

However, video released of the final recount shows Clinton campaign representative Liz Buck not conducting an actual recount of Clinton voters, but simply adding the number of new arrivals in the Clinton tally without accounting for those who left.

In the Nevada Caucus, Clinton won by just 700 votes statewide.

Allegations of voter suppression and impropriety by the Clinton campaign were abundant. The charges ranged from ballot shortages to Caucus registration sheets pre-printed with the Hillary campaign logo. One of the most blatant acts of election rigging is shown in the video below, in which dozens of voters, wearing Clinton T-Shirts, walked right past the caucus registration booth to participate in the caucus.

It is unknown whether the people who entered the Caucus even registered afterwards, or if they were even residents of the precinct and qualified to vote. Nonetheless, Clinton won Nevada.

In Massachusetts, Clinton squeaked out a victory by just 1.4 percent of the vote (17,068 votes).

As was the case in Arizona, the conventional thinking by political experts was, if voter turnout was high, Sanders would win.

This time, Bill Clinton blatantly broke Massachusetts election law that states campaigning within 150 feet of a polling site on election day is a felony. Not only did Bill Clinton campaign well within 150 feet of multiple election sites during voting hours causing gridlock, he even entered polling sites, with his security detail effectively shutting down the voting while the former president was present. According to the New York Daily News:

“Numerous voters involved in the suit claim they looked up their voter registrations after the deadline passed to find that their party affiliation had changed from Democratic or Republican to “Not affiliated” or “Independent,” a switch that will bar them from voting in either primary.“ One of the most exciting elements of the MLB offseason is the Arizona Fall League, which began its 30th season Monday.
Close
Allegations of voter fraud follow Hillary Clinton campaign across nation